The CBLA is intended for up-and-coming bar leaders who have been in practice for 5-15 years and have served as officers of a NAPABA affiliate and/or chair/co-chair of a NAPABA committee.

More information about the program can be found on the CBLA website. Please contact CBLA Steering Committee member Gary Zhao with any questions at gzhao@salawus.com or at 312.894.3377.

As lawyers who have represented underserved and underprivileged clients in North Saint Louis County, we are familiar with the longstanding and mutual distrust between local law enforcement and communities of color in Ferguson. The lack of diversity in the police force, entrenched institutional biases, and disparate treatment suffered in the community have all played a part in the current crisis.

We acknowledge that criminal acts of certain individuals have required the police to respond; however, attacks on peaceful and law-abiding citizens are unacceptable. The police response to the protests in the wake of Michael Brown’s death has been, by any objective measure, heavy-handed. That is why we continue to urge public officials and law enforcement to redouble their efforts to eliminate bias and to safeguard civil liberties. No one should be deprived of their rights of freedom of speech or to peaceably assemble. Reports of attacks on civilians and citizens who were merely exercising their constitutional rights are not only disappointing, they are frightening. President Obama, Attorney General Holder, and other elected leaders should be commended for standing against the excessive use of deadly force and militarization of the law enforcement response in Ferguson.

Still, specific strategies for reforms to prevent future tragedies and ensure social justice are needed. Questions of bias will likely arise regarding the grand jury proceedings surrounding Michael Brown’s death, and we insist that they be conducted with the utmost respect for the tremendous responsibilities and duties borne by the office of St. Louis County Prosecutor, Bob McCulloch. The process must be unimpeachable, thorough, expedient, and transparent. The results must be fair, honest, and just if our community is to heal and for faith in the justice system to be restored.

We also commend the steps taken by local elected officials to increase transparency, communication, and collaboration between and among law enforcement and the community, and in particular our communities of color. Ferguson Mayor James Knowles has recently promised to bolster minority hiring and participation in governance, to recruit African American police officers, and seek to equip all officers with vehicle dashboard and vest cameras. Likewise, City of St. Louis Mayor Slay and Police Chief Sam Dotson should be commended for promptly and sensitively reaching out to community leaders, including pastors, aldermen, and the NAACP, in the wake of another recent but separate shooting by police officers in North St. Louis. They have promised a complete and transparent investigation, and we will be watching.

Therefore, and in spite of the violence in Ferguson we have seen on too many recent nights, we are encouraged and inspired by the efforts of our brothers and sisters there to come together peaceably to exercise their constitutionally protected rights. We are inspired by those of you who have made real contributions to the recovery, relief, and cleanup efforts in Ferguson. We are affected when we see you continue to stand for your principles and beliefs under withering, and often frightening, situations when others were somehow unwilling or unable. We stand behind you, Ferguson.

The National Asian Pacific American Bar Association (NAPABA) is the national association of Asian Pacific American (APA) attorneys, judges, law professors, and law students. NAPABA represents the interests of over 40,000 attorneys and approximately 70 national, state, and local bar associations. Its members include solo practitioners, large firm lawyers, corporate counsel, legal services and non-profit attorneys, and lawyers serving at all levels of government. NAPABA engages in legislative and policy advocacy, promotes APA political leadership and political appointments, and builds coalitions within the legal profession and the community at large. NAPABA also serves as a resource for government agencies, members of Congress, and public service organizations about APAs in the legal profession, civil rights, and diversity in the courts.

It’s not too late to become a Committee member at the New York City Bar Association, which means that it’s not too late to become involved in over 150 areas of law within a membership body of over 24,000 students and legal professionals! NYCBA is still accepting applications for Committee member positions, and though some deadlines have passed, others are ready and willing for someone to take strong hold of the leadership opportunities.

NYCBA has reached out and noted that AABANY members are strongly encouraged to apply. The sooner, the better. Let’s get the ball rolling.

The New York City Bar Association, founded in 1870 in response to public concern over the New York City justice system, is a voluntary association of students and legal professionals that has grown to a membership of over 24,000. Benefits of membership include over 150 committees working to improve and reform the practice and administration of law, a members-only library that happens to be the largest member-funded in the country, and not to mention the unparalleled professional opportunities. That’s just the tip of the iceberg. Read more about membership benefits here.

Get it while it’s hot, folks.

There is still time to submit program proposals for the 26th Annual NAPABA Convention, Convergence: Collaborating for a Grand Tomorrow, taking place in Phoenix/Scottsdale, AZ from November 6–9, 2014. Topics that celebrate the diversity and unity of NAPABA and provide practical solutions and advice for our attendees’ development are encouraged.

Please note the extended deadline. Program proposals must be submitted to this online form by 8:00 pm ET on Friday, April 25. The program proposal submission guidelines can be viewed here. Please email NAPABA Special Events Coordinator Pia Rivera with any questions. 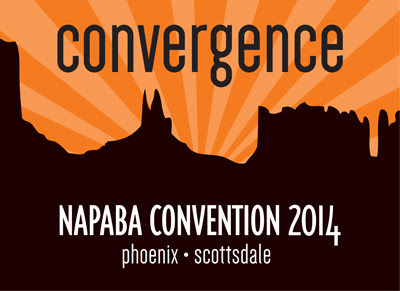 Don’t miss out on the 2014 Annual NAPABA Convention! There are many ways to get involved starting now. You can:

For more information on the Convention, including how to make your room reservation at the Westin Kierland Resort and Spa, click here.

The AABANY Litigation Committee encourages anyone interested in pursuing a career as a neutral (arbitrator, mediator, etc.), and, in particular, learning about the specific advantages and challenges as a person of color, to attend the New York State Bar Association’s program entitled, “Achieving Diversity in the ADR Field: Overcoming Old Challenges and Seeking New Opportunities.” The program will be held on Tuesday, March 25th from 5:30-9:00 p.m. and, because AABANY is a participating and sponsoring bar association, the program will offer 2.5 FREE NY CLE credits in Skills to all AABANY members. A panel of renowned ADR providers, scholars, and administrators will discuss their practices for recruiting and selecting neutrals, the efforts they have undertaken to diversify their rosters of neutrals, and their efforts to further expose the users of their ADR services to racially and ethnically diverse panels of arbitrators and mediators. Another panel, moderated by AABANY member Theo Cheng, and comprising distinguished ADR neutrals, will provide perspectives on how to navigate a successful career as a neutral; recommending specific networking, marketing, and promotional activities; discussing how best to leverage diversity issues; and providing practical tips for increasing the opportunities for being selected as a neutral. Finally, there will be a discussion about strategies for addressing cross cultural issues in dispute resolution, followed by a networking reception. For more information go to http://bit.ly/nysbareg.

P.S. For those of you who are experiencing difficulties registering via the NYSBA’s website, you can alternatively send an email to Beth Gould at bgould@nysba.org with your full contact information (name, address, email, phone number), indicating that you are a member of AABANY. She will handle registering you for the event.