In a Flourishing Queens, Prosperity Eludes Some Asian Families

Though there is much ado about the area’s growth, it is a different story for some Asian households, which fell deeper into poverty even after the recession ended.

As yet another example of why the ‘model minority’ myth is harmful, Rachel Swarns’ article illustrates how Asian Americans are far from economically monolithic and how we must disaggregate the data to paint an accurate portrait of our communities.

NYLJ: Asian Americans Find a Voice Within the Law

The indifference toward Asian American equality is a result of our having been classified under the rubric of the ‘model minority’ and thus viewed as achieving success by keeping our heads down and working hard. But Asian Americans have not achieved the success and equality that we are perceived to have reached, particularly in the legal profession.

Congrats to Mike Huang, AABANY President, whose Law Day article appears in the May 1st issue of the New York Law Journal.

WSJ: Rise of the Tiger Nation 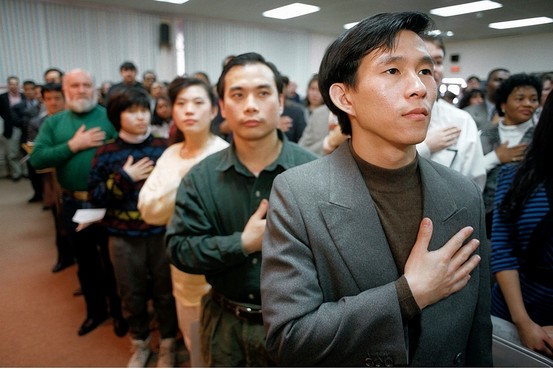 On Saturday, Oct. 27, the Wall Street Journal published an article entitled, “Rise of the Tiger Nation.” (Click on the link in the title to read the full article.) It adopted wholesale the conclusions and statistics from this summer’s Pew Research Center survey of Asian Americans.  In fact, the author wrote at the start of the article:

No one would dispute the opening paragraph of the Pew Research Center’s massive study of Asian-Americans, released over the summer: “Asian-Americans are the highest-income, best-educated and fastest-growing racial group in the United States. They are more satisfied than the general public with their lives, finances and the direction of the country, and they place more value than other Americans do on marriage, parenthood, hard work and career success.”

Actually, this past summer, many APA groups came forward with strong criticisms of the Pew Research Center’s study, pointing out its oversimplification of the lives and experiences of the diverse community represented by APAs.  Like the Pew Research Center report, this article perpetuates the model minority myth, painting a far rosier picture than actual circumstances would support.  In the legal profession, APAs continue to be under-represented at the upper ranks of law firms, corporations, government, academia and the judiciary.

A search on this blog under “Pew Research Center” will call up the reactions we were able to collect this summer to that report.  Take a look for yourself.  Contrary to the WSJ article, many would dispute the opening paragraph of the Pew Research Center study.  About the only statement that would not be disputed is the fact that APAs are the fastest growing racial group in the United States.  But the growth of the APA population alone does not signify that all APAs are doing well and succeeding across the board.

What do you think of the WSJ article?  Is there a “Tiger Nation” and is it on the rise?

High school students having a voice on the
PEW Research Center’s Rise of Asian Americans Report
CPC’s Summer 2012 Volunteer CORE and Interns will be hosting an improvisation workshop and performance based on the Model Minority Myth.  We invite youth and members of the community to support our
Improvisation Workshop: “But Did You Know?"
Performance: "The Amazing Butterfly Man”
Admission is FREE. Light refreshments will be served.
Raffle at the end of the event for tickets to an 8 Day Beijing Tour thanks to Cross Culture Tours (Airfare not included. Tour covers hotel and meals.)
Location: MOCA (215 Centre Street, New York, NY 10013 between Howard & Grand Sts; one block north of Canal St)
Date: Friday, August 3, 2012
Time: 6:30pm – 7:30pm
RSVP to volunteer@cpc-nyc.org by Friday, August 3, 2012 3pm