The internment of Japanese-American citizens during the Second World War will forever remain a painful chapter our nation’s history. When the U.S. government began drafting interned citizens for military service in 1944, a group of men confined at Wyoming’s Heart Mountain Relocation Center protested their loss of freedom through a mass draft evasion. Experts lead a trial reenactment of the legal proceedings that followed and share the draft resisters’ story through narration, discussion, and historic photographs.

Trial Reenactment Cast includes:
Denny Chin is a United States Circuit Judge for the United States Court of Appeals for the Second Circuit and the former President of the Asian American Bar Association of New York. The Asian American Bar Association of New York is a nonprofit corporation that represents the interests of New York Asian-American legal professionals and law students. They seek to improve the study and practice of law, and the fair administration of justice for all by ensuring the meaningful participation of Asian-Americans in the legal profession.

The exhibit first opened last fall, at the end of September, and will be at the Historical Society for less than two more weeks, closing on April 19. Working in conjunction with the Asian and Asian American alumni associations of the various universities, AABANY was able to bring more than 160 people over the two Saturdays to see this wonderful and worthwhile exhibit.

AABANY was greatly assisted by guides who shared their wealth of knowledge and insight with the attendees. We thank the following people for serving as guides for our groups: Rocky Chin, a founder of AABANY and an advocate for the APA community; Corky Lee, legendary photographer documenting the APA community for nearly four decades; Amy Chin, whose family history is told in the exhibit; and Amy Chu, the writer who helped to create the 12-panel graphic story version of Amy Chin’s family history.

From our guides, we learned how after the American colonies won their war of independence against England, the new nation’s treasury was depleted, and they turned to trade with China as a way to rebuild the nation’s wealth. The new nation also became a beacon for immigration when gold was discovered in California in the mid-19th century. Yet while the growing United States wanted the wealth of China, it turned out not to be as welcoming of the Chinese. A century after the end of the Revolutionary War, Congress passed the Chinese Exclusion Act, enacting the first law in American history that excluded an entire group of people based on their nationality, race and ethnicity. This exclusionary law remained in place until World War II, into the middle of the 20th century.

We also learned that the Chinese who lived in the United States during the exclusionary period were required to carry ID cards. The only other people in America burdened with that requirement were convicted criminals. Among the prominent Chinese Americans that faced this burden was Anna May Wong, a pioneering Chinese American Hollywood actress. Her ID card photo is the image shown in the banner and poster outside the New-York Historical Society.

The injustices and civil rights violations inflicted by the Chinese exclusion regime led to cases such as Yick Wo and Wong Kim Ark that have formed the basis for American constitutional jurisprudence that empowered communities of color to fight against racist and discriminatory laws.

Thanks to everyone who attended on March 28 and April 4 to learn about this important but all-too-often ignored part of American history. Thanks also to Toni Kong, Karen Yau and Chris Kwok, for helping to organize and promote the event and also for greeting the many attendees that joined us. Karen is the co-chair of the Government Service and Public Interest Committee, and Toni and Chris are active members of that committee. To learn more about the committee, contact Karen at karen.yau@aabany.org.

We are looking for enthusiastic, imaginative, and knowledgeable members and friends of AABANY to volunteer for 2 hour shifts on March 28 or April 4 as unofficial exhibit docents at the New York Historical Society.

If you are interested, please complete a brief questionnaire at the following link: http://bit.ly/aabanydocent

This is a wonderful opportunity to catch this great exhibit at the New York Historical Society before it closes in April. We will also have available knowledgeable guides to help you gain a deeper understanding of the exhibit.

AABANY members receive a $5.00 discount off the Adult General Admission group rate of $14 PLUS one additional discount for a friend or family member. AABANY Members, please note: you must sign in using your username and password so that you can purchase tickets with the member discount. If you need help with your username and password please contact Margaret Langston at margaret.langston@aabany.org. Member tickets will be limited and are available on a “first come, first serve” basis.

For further details about the event and to purchase tickets, follow the link in the title.

What ever became of the 22 Chinese women that landed on the shores of San Francisco in 1874 only to be detained for their lewdness?

You might remember that on October 18, the Honorable Denny Chin and his wife Kathy Hirata Chin led yet another performance of the popular trial re-enactment “22 Lewd Chinese Women: A Trial Reenactment,” this time a shortened version at the New York Historical Society. Thanks to the resourcefulness of the New York Historical Society, we can bring you the gift of this podcast, which features not only many members of our AABANY cast, but also a question-and-answer session with Hon. Denny Chin, Kathy Hirata Chin, Vince Chang, and David Weinberg. For anyone who has not yet had their daily dose of human rights, sex trafficking, and federalism, we invite you to listen. 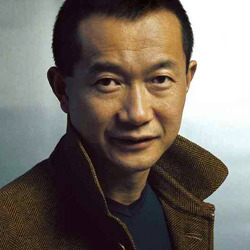 Tan Dun—conceptual and multifaceted composer/conductor as well as Grammy Award, Academy Award, and Grawemeyer Award winner for classical composition—will lead a performance and discussion with guests including MacArthur Fellowship-recipient Bright Sheng, the Pulitzer Prize-winning Zhou Long, and the award-winning Chen Yi. The evening weaves together a narrative of the artists’ musical journey from China to America and will also be a tribute to composer Chou Wen-Chung, who invited the musicians to America and Columbia University. Co-Presented by U.S. China Cultural Institute, Cultural Associate of the Committee of 100.

Be sure to visit the path-breaking exhibition Chinese American: Exclusion/Inclusion.