This film is geoblocked to the USA.

Since President Rodrigo Duterte took office in 2016 and announced his campaign to rid the Philippines of drug addicts and dealers, as many as 20,000 Filipinos have been murdered. ASWANG confronts these executions and their devastating aftermath.

This year, the festival is entirely online; you can watch from home with an internet connection. Each film or event will have a link to purchase your tickets. After you purchase, you will receive an email with a link to view the film. You may purchase anytime within the dates of our festival (October 1 to October 11, 2020). For more information and FAQs, please visit the “How to Festival” section of their website.

Please click the links above to purchase tickets and learn more about the films. AABANY members will receive a 20% discount code to all festival screenings once they register for the event on the AABANY website.

For more information on the AAIFF, please click here.

Beginning July 6, 2020, the Unified Court System will require all courthouse visitors to participate in questioning and a temperature screening. The changes come as New York begins to re-open and adjust following the COVID-19 pandemic.

A uniformed official will take the temperature of all visitors, including attorneys, witnesses, spectators, prisoners, law enforcement officials, and others, with an infrared thermometer, which requires no physical contact.

Visitors will be asked if in the last 14 days, the visitor has (1) experienced fever, cough, shortness of breath or any other flu-like symptoms; (2) tested positive for COVID-19 or been in close contact with anyone who has tested positive; (3) returned from travel internationally or from states covered by Executive Order 205.1.

For more information or tread the complete memo, please click the image above.

Last week, AABANY received an invitation to participate in a gold open screening of the critically acclaimed new Korean film, “Parasite.” After a few quick exchanges of emails, we settled on the Sunday, Oct. 27, 1:30 pm showing taking place at AMC25 in Times Square. A block of tickets was announced on Friday morning, October 25. In less than 10 minutes that entire block was snapped up. Chris Kwok, who was handling the screening for AABANY, asked for more tickets and got them. Ultimately, 60 people showed up on a rainy Sunday to catch the show.

Whether or not you made the screening, here are some interesting facts about “Parasite”:

Parasite explores greed and class discrimination, portraying a newly formed symbiotic relationship between the wealthy Park family and the destitute Kim clan. Director Bong Joon-ho, 49, best known for daring arthouse hits including Okja and Snowpiercer, was awarded the top honor at the Cannes Film Festival, the Palme d’Or, the first time a Korean director has won the award in its 72-year history. It has been incredible to witness our community rallying together for this film across the country; besides completely selling out New York’s opening weekend screenings, the #GoldOpen movement has already helped Parasite garner the following accolades

We thank Gold House, the non-profit collective that organizes #GoldOpen screenings, for inviting AABANY to take part in the effort to generate excitement and buzz for films featuring Asians and Asian Americans. AABANY recently participated in a screening of “The Farewell,” starring Awkwafina, and last year, in the screening of “Crazy Rich Asians.” We hope there are more opportunities in the near future for us to support and celebrate films with, by, and about Asians and Asian Americans. Thanks to Chris Kwok for organizing the “Parasite” screening and for all the AABANY members and friends who came out to see it.

Jeff Adachi, the Sam Francisco Public Defender and filmmaker who passed earlier this year has been a pioneer in the justice system and API cinema. To celebrate his legacy, two of his documentaries will be shown, along with a tribute by Corey Tong and John Woo before the screening.

Seadrift follows the story of what begins as a dispute over fishing territory into an eruption of violence and hostility against Vietnamese refugees along the gulf coast. Seadrift examines a shooting of a white crab fisherman by a Vietnamese refugee, and its aftermath, which continues to reverberate today.

AABANY’s reenactments site also has information on Vietnamese Fishermen v. Ku Klux Klan, which is the trial that ensued from these conflicts in Seadrift, TX.

Shorts: Identities is a series of eight documentary shorts which all tackle the question: “What does it mean to be Asian, to be a part of the Asian Diaspora?” These shorts confirm that there is no singular answer to this question, and cover topics as wide-ranging as Cambodian doughnut shops (Doughnuts for Dollars) to the young Harvard student who started the non-profit, PERIOD org (Period Girl).

Please click the links to register and learn more about the films. AABANY members will receive a discount code once they register for the event on the AABANY website.

The Screening of Lucky Chow with Danielle Chang is part of the program series, “Living Memory: The Culture and Heritage of Chinese New Yorkers,” created by Queens Library and The Museum of Chinese in America (MOCA). The mission of this program is to preserve the stories, traditions, and cultural contributions of the Chinese community in New York and share them with the rest of the city.

How has Asian Cuisine transformed the landscape of food in the United States? Follow Lucky Rice culinary festival founder Danielle Chang as she tastes, explores, and learns about a variety of Asian food – from ramen, to kimchi, to dim sum. Signed copies of Danielle Chang’s cookbook, Lucky Rice, will be available for purchase at the screening.

For more details about this free event follow the link in the title. 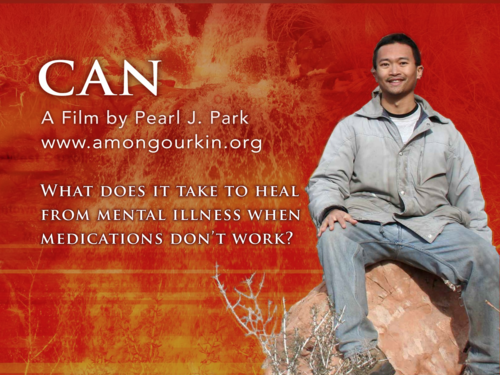