WASHINGTON – Today, the U.S. Supreme Court heard the first of two oral arguments regarding the constitutionality of same-sex marriage. The first case is Hollingsworth v. Perry, a challenge to California’s Proposition 8, which bans same-sex marriage in the state. Tomorrow, the U.S. Supreme Court will hear oral arguments in United States v. Windsor, which challenges the federal Defense of Marriage Act (DOMA). DOMA was signed into law in 1996 and denies same-sex couples access to federal protections such as Social Security benefits, veterans’ benefits, health insurance, and retirement savings benefits. The decisions in both cases will likely be announced in June.

“We strongly support marriage equality and encourage the Court to uphold equal protection for same-sex couples,” said Wendy Shiba, president of the National Asian Pacific American Bar Association (NAPABA). “Anti-miscegenation laws, which denied Asian Pacific Americans the right to marry freely, have a shameful history in our country. Americans of all races, sex, color, creed, or sexual orientation should have the right to marry the person they love and be treated equally under the law.”

The National Asian Pacific American Bar Association (NAPABA) is the national association of Asian Pacific American attorneys, judges, law professors and law students. NAPABA represents the interests of over 40,000 attorneys and 63 local Asian Pacific American bar associations. Its members include solo practitioners, large firm lawyers, corporate counsel, legal service and non-profit attorneys, and lawyers serving at all levels of government. NAPABA continues to be a leader in addressing civil rights issues confronting Asian Pacific American communities. Through its national network of committees and affiliates, NAPABA provides a strong voice for increased diversity of federal and state judiciaries, advocates for equal opportunity in the workplace, works to eliminate hate crimes and anti-immigrant sentiment, and promotes professional development of people of color in the legal profession. 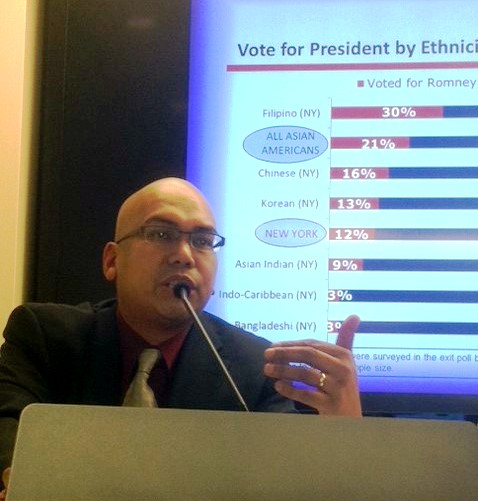 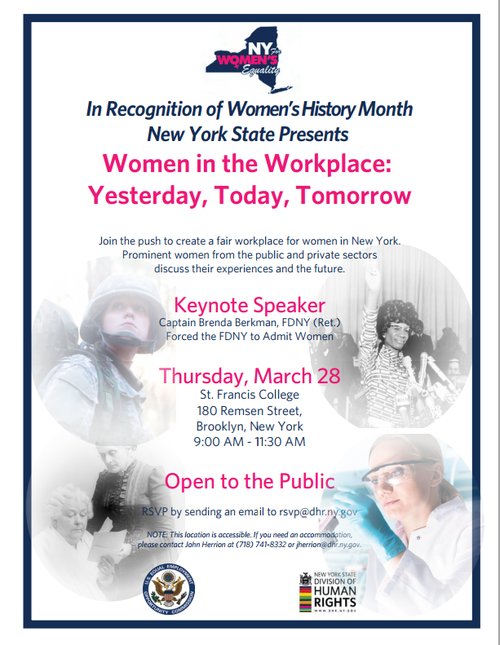 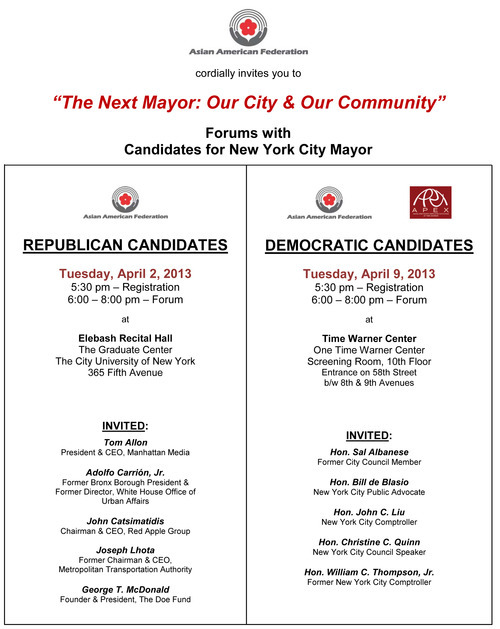 Sharing an announcement from our friends at Asian Cinevision/AAIFF:

Last year the Asian American International Film Festival’s (2012) National Festival Tour was a success featuring the creative work of new, young artists from Asian and Asian American communities. As the only traveling festival of its kind in the US, the National Festival Tour rents out a selection of features and shorts for a one-time public or private screening, from which any revenue made is paid directly to the filmmakers and artists. This is a great way to enjoy a fresh and different perspective on the state of filmmaking, while having the opportunity to support the arts and to cultivate young artists.

At Asian CineVision, we are currently looking for dedicated people to join the team and organize the 36th Annual Asian American International Film Festival (AAIFF). Started in 1978, AAIFF is the first and longest running Asian American film festival in the United States, and we showcase some of the best independent art-house cinema. This summer, we are seeking enthusiastic cinephiles to join our progressive community of organizers, artists, and filmmakers.

Now in its 36th year, ACV has steadily defined and progressively broadened its role as an Asian American media arts center by serving a growing constituency that includes filmmakers, media programmers, and the local and regional Asian American community and a national audience. ACV is committed to film and media as a tool for social change and to the support of diversity in independent cinema.

Please submit your cover letter and resume to [email protected] with the subject line “2013 Internship Application – Your Name”. Applications are accepted until all positions are filled. Earlier applications, people with an earlier start date, and those who are based in NYC will receive preference.

Apply and work with a team of leaders defining the next generation of independent Asian Pacific American films!

The South Asian Bar Association of Washington DC (SABA-DC) is proud to announce our 2013 Public Interest Fellowship. The primary purpose of the fellowship is to help fund one or more law students’ summer internships with a public interest organization for the benefit of the South Asian community and the metropolitan D.C. area. We have previously awarded fellowships ranging from $1000 – $5000.

Fellowship applications are available at: https://docs.google.com/file/d/0BxsYNsuAMpgzM3U3cVRKWGJJMXc/edit