You are cordially invited to see a new daring documentary about the Chinese dissident artist Ai Weiwei, premiering in New York’s IFC CENTER on May 16th!

a documentary by Andreas Johnsen

US premiere May 16th at NYC’s IFC Center

Join the [Facebook Event] for an advance ticket link!

A LIFE LIVED IN SILENCE IS NOT A LIFE.

Named Best Documentary of 2014 by the Danish Film Critics’ Association

After 81 days of solitary detention world famous Chinese artist Ai Weiwei is put under house arrest. He suffers from sleeping disorder and memory loss, 18 cameras are monitoring his studio and home, police agents follow his every move, and heavy restrictions from the Kafkaesque Chinese authorities weigh him down.  Picking up where Alison Klayman’s Ai Weiwei: Never Sorry left off, AI WEIWEI THE FAKE CASE is more explicitly political, reflecting Ai’s battle against the gigantic lawsuit thrust upon him by the Chinese government in an effort to silence him.  Ai Weiwei is shaken, but during his year on probation he steadily finds new ways to provoke and challenge the mighty powers of the Chinese authorities in his fight for human rights and free expression.  The film also features the creation of S.A.C.R.E.D., a new work depicting Ai’s time in prison, which premiered during the Venice Biennale and is now on view at the Brooklyn Museum.

“POWERFUL.  MOVING.  ABSORBING.  The world’s press turns off their cameras, but it is here that Andreas Johnsen’s film begins. FASCINATING.”- Mark Adams, Screen

“Picks up where Alison Klayman’s Ai Weiwei: Never Sorry left off, serving as not just an update, but an EVEN MORE GALVANIZING call for reform.  Ai’s voice carries louder than ever before.” – Peter Debruge, Variety 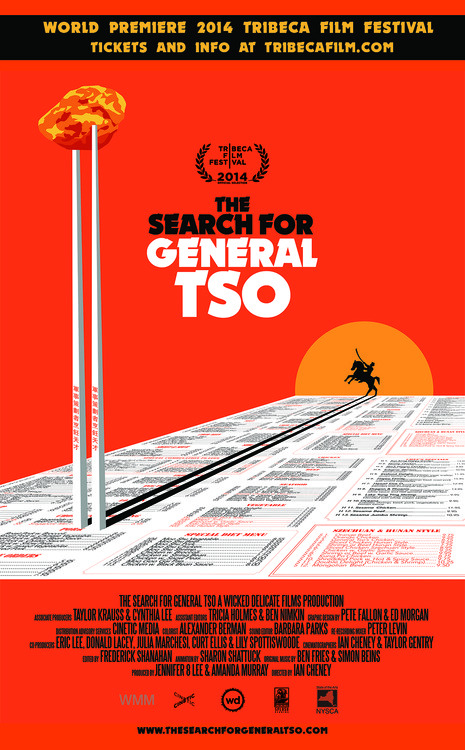 The Search for General Tso is a feature-length documentary exploring Chinese American food through the story of an iconic sweet and spicy chicken dish. A collaboration between filmmaker Ian Cheney (King Corn, The City Dark) and author Jennifer 8. Lee (The Fortune Cookie Chronicles), the film whisks viewers on a lively journey through Chinatowns and Chinese restaurants from New Orleans to Shanghai. The film is an appetizing tale of cultural adaptation and culinary conquest.
Premieres at the Tribeca Film Festival at shows April 20, 21, and 24. For the trailer and ticket information: 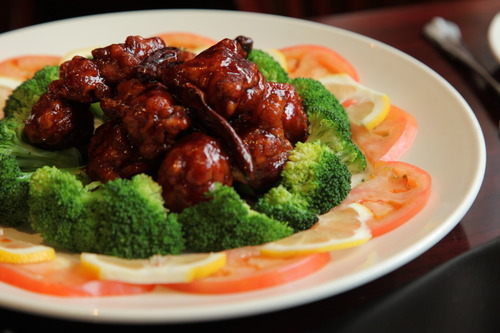 About “Documented”:
Vargas began working on the documentary shortly before “outing” himself as undocumented in a groundbreaking June 2011 New York Times Magazine essay, “My Life as an Undocumented Immigrant.” Sent here from the Philippines at age 12 by his mother to live with his grandparents – naturalized citizens – in Mountain View, CA, Vargas found out he was undocumented when he was 16. “Documented” follows Jose as he travels around the country, speaking to people across America and sharing his personal experience in order to spark an honest dialogue about immigration and the 11 million undocumented immigrants living in the US today. The film also explores his relationship with his mom – whom he hasn’t seen in person in over 20 years.
CNN Films acquired the North American broadcast rights to “Documented” in November 2013, before its international premiere at the International Documentary Film Festival in Amsterdam and following its world premiere at the AFI Docs festival in Washington, D.C. in June 2013.
“Documented” is a project of Define American, and executive producers include Sean Parker, Matthew HIltzik, Liz Simons, Scott Budnick, Janet Yang and Kevin Iwashina. “Documented” is the inaugural film by Apo Anak Productions, created by Vargas in honor of his grandparents and mother. In Tagalog, Vargas’ native language, “apo” means grandchild and “anak” means “child.” For more information, please visit: documentedthefilm.com.

Following the film, writer and director Vargas, Commissioner of the Mayor’s Office of Immigrant Affairs Nisha Agarwal and other panelists will join a panel discussion about the power of culture in shaping how people talk about immigration and immigration reform, and what that means for the NYC community.
WHO: Jose Antonio Vargas, Writer and Director, “Documented”, panelist
Nisha Agarwal, Commissioner, NYC Mayor’s Office of Immigrant Affairs panelist
Melissa Mark-Viverito, City Council Speaker, welcoming remarks
*(Additional panelists to be announced)
WHAT: NYC Premiere Screening and Panel Discussion of Jose Antonio Vargas’ Film, “Documented” for New York City’s Immigrant Heritage Week
WHERE: Museum of the Moving Image
36-01 35th Avenue
Astoria, New York
WHEN: Screening: 7:00 PM ET
Panel Discussion: 8:30 PM ET
NOTE: Tickets: $12 public (with discounts for students, seniors, and children) | Free for Museum members. Advance tickets will be available online at http://movingimage.us or by phone at (718) 777-6800.