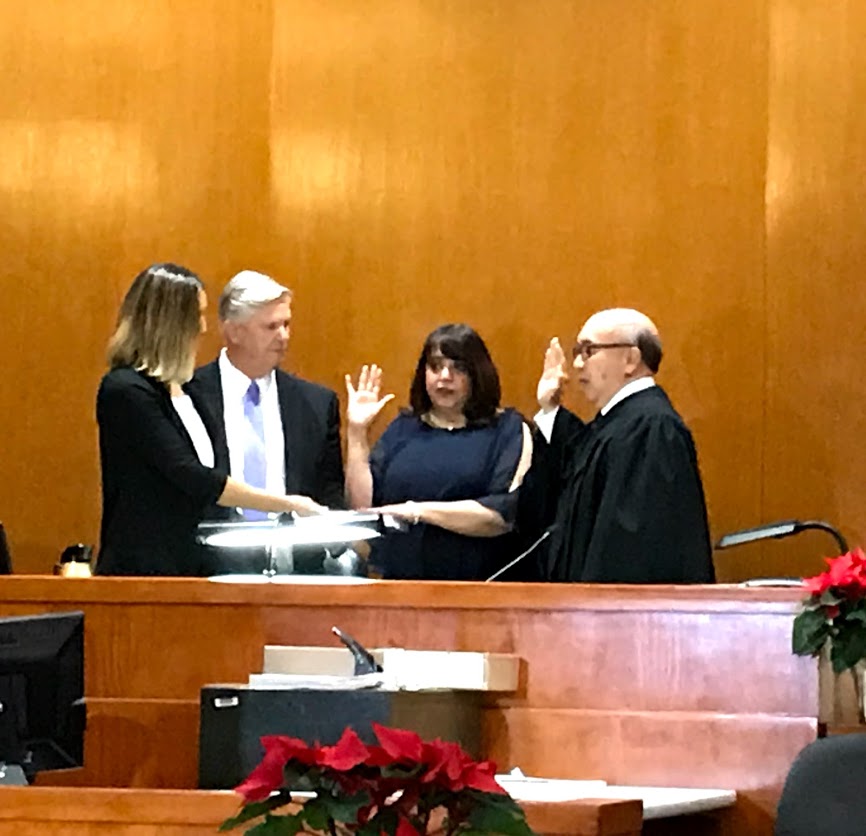 On December 21, the Hon. Ushir Pandit-Durant made history as the first South Asian judge elected to New York State Supreme Court in Queens and the first South Asian woman judge elected in New York State. Justice Pandit-Duran was sworn in by the Hon. Randall T. Eng (ret.), former Presiding Justice of the Second Department, New York State Appellate Division. Justice Eng was the first Asian American elected judge in New York State so it was especially fitting for one trailblazer in the Asian American community to swear in another trailblazer. Hon. Joseph Zayas, Administrative Judge of the Queens Supreme Court, Criminal Term, presided.

Justice Pandit-Duran began her career as a Prosecutor in the Queens County District Attorney’s Office, serving there with distinction for 25 years before being elected to New York City Civil Court in 2015, becoming the first South Asian to hold that elected office.

The induction took place at the Queens Supreme Court in Kew Gardens. Numerous speakers, including elected officials and community leaders, extolled Justice Pandit-Duran’s exemplification of the American Dream, coming here at age 10 not speaking a word of English and rising up to become a top prosecutor and now judge. As a South Asian, Justice Pandit-Durant reflects the diversity of Queens, one of the most diverse boroughs of New York City, with a large Asian population. Justice Pandit-Durant is herself a bar leader, having served as the first President of the South Asian Indo-Caribbean Bar Association of Queens.

AABANY congratulates Justice Pandit-Durant on her historic election and wishes her continued success and achievement as a Justice of the Supreme Court. 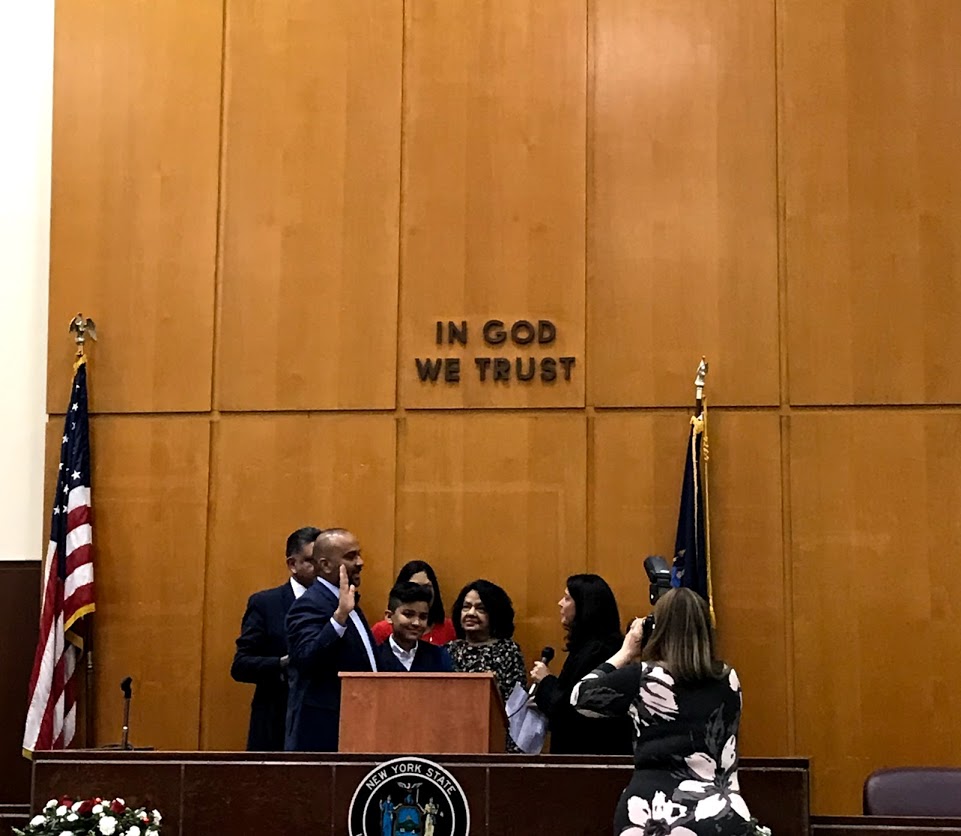 On December 20, 2018, wearing his signature bow tie, Shahabuddeen (Shah) Ally made history by being the first Muslim male and the first Indo-Caribbean to be elected to New York state court. In a packed court room at 111 Centre Street, family, friends and supporters of Shah Ally witnessed a lively, emotional and inspiring induction ceremony. This may very well have been the first judicial induction to feature South Asian drumming and dancing in the courtroom and curry at the reception.

Hon. Shahabuddeen Ally was sworn in by his wife, Hon. Alicea Elloras-Ally, as Judge of the New York City Civil Court, as their son, Ryan Elloras, and colleagues from the New York State bench and Manhattan Community Board 12 looked on with pride.

In his remarks, Judge Ally talked about his humble beginnings, which included immigrating to the United States from Guyana and growing up poor in the South Bronx, and how his induction is proof the “American Dream” is still alive and well. He thanked everyone that supported and stood by him to make his “American Dream” a reality.

A native New
Yorker and alumnus of SUNY Binghamton, Judge
Hom began his legal career in 1997 as an Agency Attorney for the New York City
Human Resources Administration.  At that
time, he also worked on John Liu’s campaign for New York City Council.  After John Liu’s appointment as Council
Member in 2001, Judge Hom served as his Chief of Staff.  Judge Hom was appointed Assistant Director
and Legislative Counsel for the New York City Council in 2005, serving as
Council Member Liu’s main liaison to Community Boards 7 and 11 in Queens.  After John Liu’s appointment as New York City
Comptroller, Judge Hom served as Deputy General Counsel in the Comptroller’s
Office in 2011.

“AABANY is
proud to recognize Judge Hom as a longstanding advocate for the Asian Pacific American
community,” states AABANY President Dwight Yoo. “We were delighted to take part
in his induction ceremony and to have the honor of robing him after he was
sworn in by Presiding Justice Randall T. Eng. We commend Judge Hom for serving
the public interest and the community and wish him continued success in making
a positive impact as a judge in the Civil Court in Queens County.”