The Council of Korean Americans (CKA) is excited to host our annual National Summit & Gala on October 14-15, 2016.

You can purchase tables and individual tickets and help us get the word out about the premier Korean American gathering in Washington by clicking on “Share” on Facebook or Twitter. We offer discounts for individuals who are under 30 or work for a nonprofit organization.

If you are from outside the Washington area, be sure to take advantage of CKA’s room blocks at the W Hotel ($299/night) and the Westin City Center ($175/night). Please note that there is a city-wide convention taking place that weekend and rooms will be in very high demand. Book your room early!
Finally, we are excited to announce that Ambassador Sung Kim will join Lucy Koh and Gideon Yu of the San Francisco 49ers at this year’s gala and awards dinner on Friday, October 14. We look forward to celebrating Ambassador Kim’s remarkable career in foreign service, which includes serving as the first-ever Korean American U.S. Ambassador to South Korea.

We will be sharing more information in the days and weeks to come, including the unveiling of a new Summit website. But we wanted to be sure you register and book your hotels as soon as possible.

Here’s the announcement from KALAGNY:

The Honorable Kathryn Paek was appointed as a Judge of the New York City Criminal Court. She is the first Korean American woman judge in the New York State courts.

Judge Paek is a graduate of Northwestern University School of Law and appointed to the bench this year by the New York City Mayor Bill De Blasio.  Prior to her appointment, she was the Chief of Staff for the Office of Policy and Planning for the New York State Court System.  She was also a staff attorney for the Legal Aid Society  in the Criminal Defense Division and the Immigration Unit.

WASHINGTON — The National Asian Pacific American Bar Association (NAPABA) acknowledges the suffering of WWII Comfort Women and other victims of human trafficking and opposes human trafficking in all of its forms.

In 2007, the U.S. House of Representatives passed House Resolution 121, which recognized that the Government of Japan, in the 1930’s through the end of World War II, forced women to provide sex to soldiers in its Imperial Armed Forces. The U.S. Department of State in its 2003 Japan Report referenced thousands of these victims of sexual slavery, commonly referred to as “Comfort Women,” who were kidnapped or coerced from countries including China, Indonesia, Japan, Korea, the Netherlands, and the Philippines.

Memorials in honor of Comfort Women have been erected in the U.S. and throughout the world. One such Comfort Women memorial was erected in July 2013 in Glendale, California, and a lawsuit, Gingery et al. v. City of Glendale, was filed earlier this year to force its removal, which caused controversy and spurred dialogue, particularly about differing Japanese and Korean viewpoints of the wartime and post-war treatment of Comfort Women.

“NAPABA members and affiliates across the country—including members of Korean American and Japanese American bar associations—have long worked together in multiethnic coalitions to support civil rights and justice for all of our communities,” said Bill Simonitsch, president of NAPABA. “I am heartened to see that the Asian Pacific American legal community refused to allow historical disagreements and the controversy over the Glendale memorial to divide us.” 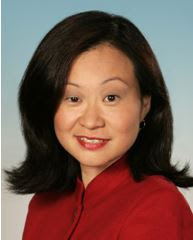 Myung Kang-Huneke, AABANY Advisory Committee Member, will be honored at KALAGNY’s 28th Anniversary Gala. Myung Kang-Huneke is Executive Vice President and General Counsel & Secretary at Sesame Workshop. She is being honored for her role as a Trailblazer within the Korean American legal community. The award will be presented on June 10th at the Harvard Club. For more information on KALAGNY’s 28th Annual Gala, please click here.

Clinic details are as follows:

We are recruiting attorneys with a minimum of five (5) years experience related to a specific area of law including but not limited to: Immigration, Real Estate, Landlord/Tenant, Labor & Employment, Estate Planning, Family Law, General Litigation, etc. We are also recruiting law students to assist administratively and linguistically. To participate, you must be a KALAGNY member in good standing. Bilingual Korean & English is preferred but not mandatory.

If you wish to help us help our community, please click here to register to
volunteer.

KALAGNY’s Pro Bono Committee Chair will contact you once you register. Please do not show up to volunteer at our clinic without an invitation. Thank you!

We know this has been a difficult time for many of you. We hope you and your family are safe and are recovering post Sandy.

KALAGNY invites volunteer attorneys to make a difference in the lives of those adversely affected by Sandy.  Along with other social service providers, we will hold a pro bono “clinic” this Friday, November 9, 2012, from 1-6 p.m. at the Korean American Association of Greater New York (149 West 24th Street, 6th Fl. in Manhattan) (map). No specialized legal experience is necessary. A training session and lunch will be served at noon at the same location prior to the clinic.

At the clinic, KALAGNY and its partner organizations will provide legal support to individuals and businesses that may be facing homelessness, unemployment, medical exigencies, business interruption, or a combination of the foregoing. We are seeking 1-2 bilingual (i.e., Korean) volunteers for an information table at the Clinic.  Please e-mail kalagny@gmail.com if you are interested in volunteering by Wednesday November 7, 2012.