The Asian American Bar Association of New York (AABANY) congratulates Brian Lee, founding member and former Co-Chair of the Prosecutors’ Committee, on being promoted to Deputy Executive ADA for General Litigation at the Nassau County District Attorney’s Office. He is the first Korean-American Executive-level Assistant District Attorney in New York State. In his new role, Brian will oversee the office’s general litigation division.

Brian is a graduate of State University of New York at Albany and Pace University School of Law. His previous positions include serving as the Chief of both District Court Trial Bureau and County Court Trial Bureau, and working at the Queens Criminal Court, Intake, Appeals, Narcotic Trials, and Domestic Violence Bureaus.

AABANY’s Prosecutors Committee was founded in September 2008 to enhance the advancement and professional development of Asian Pacific American (APA) prosecutors, the establishment of a network between former and current APA prosecutors, the recruitment of APA law students to become prosecutors, and the cultivation of trust and communication between the APA community and the local prosecutors’ offices.

Each year, the Committee hosts an annual reception to honor those who have contributed to the criminal justice system as well as to promote diversity within the APA community in New York City.

On December 3, 2019, at its 11th Annual Reception, the Committee honored Gurbir S. Grewal, Attorney General of the State of New Jersey, and Gilbert C. Hong, Acting Justice of the New York State Supreme Court, for their exemplary and established record of public service and their commitment to diversity and inclusion in the profession.

Approximately 150 Prosecutors Committee members and guests filled to capacity the main auditorium at the New York County Lawyers Association, 14 Vesey Street, to celebrate this special event.  The evening featured distinguished guests and speakers who provided congratulatory remarks to the Committee and the honorees.

The speakers at the daïs included the following representatives from state, local and Federal prosecutors’ offices:

Also in attendance were the following judges:

In addition, the family of NYPD Det. Wenjian Liu, who made the ultimate sacrifice when he was killed in the line of duty in 2014, made a special visit to the Reception.  Det. Liu’s family received the Prosecutors Committee’s posthumous award on Det. Liu’s behalf at the 2015 reception. The family was recognized with a heartfelt standing ovation and a message that Det. Liu will not be forgotten.

When AABANY President Brian Song delivered his welcome remarks at the start of the reception, he passed along the word from Queens County District Attorney-elect Melinda Katz’s transition team that her office is inviting applications, especially from diverse candidates at all levels. Many of the other speakers at the daïs lost no time in announcing that their offices were also hiring. We anticipate that prosecutors’ offices may see an uptick in applications coming out of this Reception.

AABANY thanks Prosecutors Committee co-chairs Myongjae M. Yi and Maria Park as well as vice-chairs Michael Leigh and Emily Ching for organizing the event. The Committee also thanks Kin Ng, Brian Lee, David Chiang, Catherine Christian, Francis Chin, Giyang An and the planning members for their assistance.  AABANY thanks the New York County Lawyers Association for providing the beautiful venue again for this special celebration.

More photos from the event can be found here: https://photos.app.goo.gl/UZiD12LZFpxJmwLP6

To learn more about the Prosecutors Committee, please visit: https://www.aabany.org/page/73

On Friday, August 16, the Membership Committee together with the Prosecutors’ Committee hosted an outing to Yankee Stadium to watch the first-place Yankees take on the Cleveland Indians. Thanks to our sponsor, Esquire Deposition Solutions, 40 AABANY members and their guests were able to buy tickets at just $5 per person. Early arrivers got a free Yankees beach towel. Half of the tickets were standing room and the other half were seated. Membership Director Beatrice Leong designated the Toyota Terrace on the field level as the meeting point for people to gather and enjoy watching the game from center field or on the numerous screens by the bar at Toyota Terrace. AABANY members and their friends congregated at Toyota Terrace throughout the evening to watch the Yanks hold on to their early lead over the Indians. During the 7th inning, the Yanks loaded the bases and threatened to increase their lead significantly, but the Indians changed pitchers and managed to stave off a rout by the Yanks.

Friday night proved to be a great summer evening to enjoy America’s favorite pastime, in good company, complete with a free drink and hot dog for those who got the standing room tickets.

Thanks to everyone who came, and thanks again to Esquire Deposition Solutions for sponsoring. See you at the next AABANY outing!

Members and non-members alike enjoyed reconnecting with familiar faces and building new relationships. We filled an entire side room in the cellar of Stout. The date of the mixer coincided with the birthday of former Prosecutors Committee Co-Chair Helen Ahn, who sadly passed away last November. To read the tribute to her in the Winter 2018 issue of The Advocate, click here. The Prosecutors Committee brought a birthday cake to mark the occasion and to honor Helen’s memory.

The Membership Committee held a special raffle. To be eligible for prizes, attendees had to follow AABANY’s Instagram account and post about the Membership Mixer. A special shout out to Jimei Hon and Melanie Rios for winning free memberships, and Abraham Lee for winning an international whiskey flight courtesy of BARO by Chefs Society.

Join the Membership Committee and the Prosecutors Committee for an outing to watch a Yankees game at Yankee Stadium on August 16. To view the event, click here. 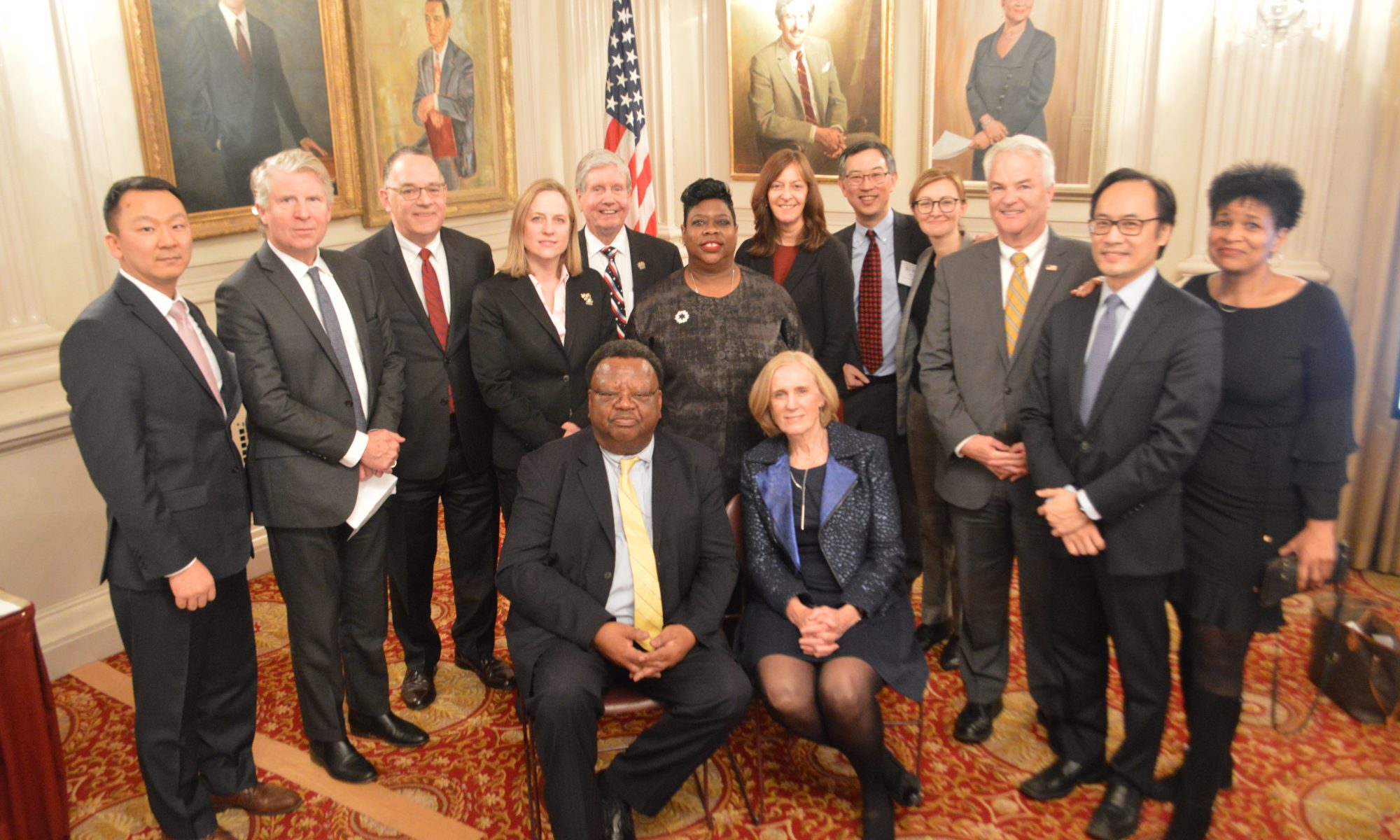 On December 18, 2018, AABANY’s Prosecutors Committee held its 10th Annual Reception by honoring Bridget G. Brennan, Special Narcotics Prosecutor for the City of New York, and Jesse J. Sligh, Executive Assistant District Attorney, Queens County District Attorney’s Office, for their exemplary and established record of public service and their commitment to diversity and inclusion in the profession and the community.

Approximately 200 Prosecutors Committee members and guests filled the New York County Lawyers Association at 14 Vesey Street to capacity to celebrate this special anniversary event.  The evening featured numerous distinguished guests and speakers who provided congratulatory remarks to the Committee and the honorees.

The Prosecutors Committee presented a 10-year retrospective slideshow reflecting on the birth and growth of this vibrant committee over the past decade.

This year’s reception also included a touching tribute in memory of Committee Co-Chair Helen Ahn, who passed unexpectedly in November. Helen’s parents and family were present to hear and receive the tributes from all the speakers and honorees.

AABANY thanks Prosecutors Committee co-chairs James Lin and Myongjae M. Yi for organizing the event, as well as Kin Ng, Catherine Christian, Francis Chin, Laura Badger, and the planning members for their assistance.  AABANY also thanks the New York County Lawyers Association for providing the beautiful venue for this special celebration.

AABANY congratulates the Prosecutors Committee on reaching its 10-year milestone and wishes it much success and growth in the coming years.  The Committee is comprised of current and former state and federal prosecutors. To learn more about the Committee go to https://www.aabany.org/page/73