The September 24, 2012 edition of the New York Times DealBook has a special section about Big Law in today’s uncertain economy.  It has a variety of articles about the legal industry today, including pieces that cover law schools and hot practice areas.  Check it out. 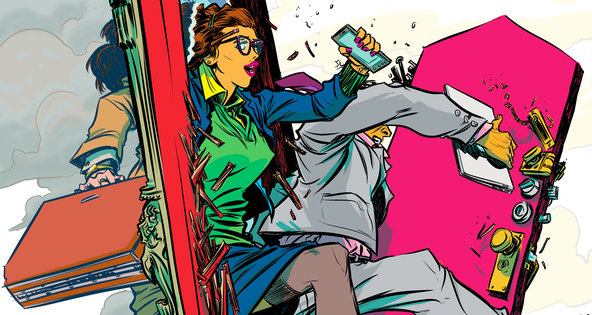 On Thursday, October 18, from 2:00 pm to 3:30 pm (Eastern Standard Time), USCIS will conduct a national Chinese-language engagement (Jiao liú) as part of USCIS’ ongoing series of multilingual public engagements. Each Jiao liú focuses on an immigration-related topic and includes a presentation and Q&A session with USCIS officials. During the sessions, USCIS spokespersons provide explanations of the law, regulations and forms, but do not offer legal advice or provide case specific information.

The next national Jiao liú session will provide information on how to petition for an immediate relative. The event will be broadcast live from our New York District Office and stakeholders may participate in person, via teleconference by calling 1-888-989-4980 (password: Jiao liú), or via live Web stream at http://www.uscis.gov/jiaoliu.

USCIS looks forward to your participation. Please feel free to forward this information to those with interest in this important event.

For further information on this event, please email Public.Engagement@uscis.dhs.gov and enter the word “Jiao liu” in the subject line. You may also visit us at www.uscis.gov/jiaoliu, follow us on Twitter in Chinese (@uscis), YouTube (/uscis), or the USCIS blog The Beacon On Saturday, September 22, at the Subotnick Center in Brooklyn Law School, more than 30 law students, including many from Brooklyn Law School and some from the law schools at Fordham, Cardozo and St John’s, spent a few hours in the afternoon meeting the leaders of the Asian American Bar Association of New York (AABANY) and learning about different career paths for law students and the skills needed to survive and thrive in law school.

After the law students were introduced to AABANY and some of its Committees, the discussion turned to a career panel that included Jean Lee, AABANY President and in-house counsel at JP Morgan Chase, who spoke about practicing litigation as a civil litigator and as an in-house lawyer; Sam Yee, Assistant Attorney General at the New York State Attorney General’s office, who spoke about litigating as a prosecutor; Michael Huang, AABANY President-elect and Partner at Boies Schiller & Flexner, who spoke about practicing as a corporate transactional lawyer; Tim Wong, past AABANY Treasurer and solo practitioner, who spoke about opening up his own general practice in Chinatown; Rio Guerrero, founder of Guerrero Yee, who talked about starting his own immigration practice; Chris Chan, past AABANY president, who shared his experiences as a criminal defense lawyer; and Richard Tsai, court attorney for Hon. Michael Stallman, who discussed working in public service.  The panel was moderated by Yang Chen.

After the career panel, Ben Chan spoke about exam-taking and other skills that new law students need to master to survive in law school and to success beyond it.

The workshop concluded with a networking session that gave the law students a chance to speak directly with all the panelists to ask questions one-on-one or in smaller group settings.

Thanks to BLS APALSA for hosting the event, and thanks to everyone who came.  To learn more about the Student Outreach Committee, contact Ben and Irene, the Co-Chairs at studentoutreach-chairs@aabany.org. (Thanks to Francis Chin for the photos.)

The lecture series begin on Thursday, October 4, and run every Thursday evening (except for November 22) from 6:30 to 7:30 p.m., ending on December 13. The lecture series is supported in part by the New York State Archives Partnership Trust and will take place in Cooper Union’s historic Great Hall located at 7 East 7th Street, New York, New York.

The lecture series is free, but registration is required. If you would like to take this opportunity to register online, please visit http://cooperunion.eventbrite.com.

For more information on the lectures, please visit the Cooper Union website at http://cooper.edu.

From our friends at the New York Immigration Coalition:

I would like to recommend a very powerful film about Latinos in America – Harvest of the Empire – opening at the Quad New York City next Friday, September 28th. The film is based on a book by Juan Gonzalez, a good friend of the NYIC and a renowned journalist. I believe the film will contribute significantly to the public’s understanding of the immigration issue by shedding very much needed light on some of the factors that spur immigration from Latin America. The film has some incredibly moving stories, gripping and rare historical footage and much more. Please see below for more information. 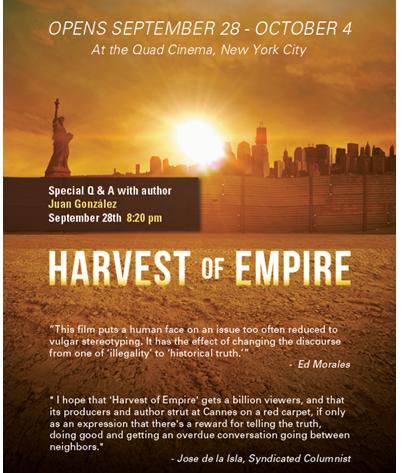 Please join the Asian American / Asian Research Institute for a talk on, Hold These Truths: The Gordon Hirabayashi Case, by Jeanne Sakata, on Friday, September 28, 2012, from 6PM to 8PM, at 25 West 43rd Street, Room 1000, between 5th & 6th Avenues, Manhattan. This talk is free and open to the general public.

Actor and playwright Jeanne Sakata will share her experiences in researching and writing her solo play HOLD THESE TRUTHS, inspired by the World War II experiences of Gordon Hirabayashi, a Japanese American college student who openly defied and legally challenged government orders to mass incarcerate all people of Japanese ancestry on the West Coast.

Jeanne will speak about what inspired her to write the play, the research and interviews she used as her primary source material, the challenges in writing the play and getting it produced, and its developmental progress since its world premiere in 2007 at the East West Players in Los Angeles’ Little Tokyo. She will also screen the documentary film, A PERSONAL MATTER, from which she first learned of Gordon Hirabayashi’s story.

HOLD THESE TRUTHS will have its New York premiere with the Epic Theatre Ensemble in October-November 2012.

To RSVP for this talk, please visit www.aaari.info/12-09-28Sakata.htm

Can’t make it to the talk? Watch the live webcast on our homepage, starting 6:15PM EST. For details on all of AAARI’s upcoming events including our 11th Annual Gala, visit www.aaari.info

Come if you are in the Philadelphia neighborhood…or go to www.asianartsinitiative.org for details.

The Gallery talk will be fundraising for AAJA Philly chapter and Asian Arts Initiative, $10/15.

The Department of Community Engagement and Education at POV, the social issues documentary film series on PBS, presents Give Up Tomorrow, a documentary about a sensational murder case from the Philippines in which a 19-year-old student is sentenced to death despite overwhelming evidence of his innocence. The film will broadcast nationally on Thursday, October 4th at 10pm on POV (check local listings here).