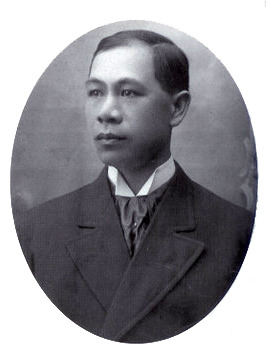 AABANY last week awarded posthumous membership to Hong Yen Chang (张康仁 ; also known as Hong Yeng Chang, Henry Chang, and Zhang Kangren). UC Davis law students are campaigning to posthumously admit Chang to the California Bar. He had applied in 1890, but was rejected because his U.S. citizenship was not recognized. He had previously resided in Brooklyn, and after studying at Columbia, Chang applied for admission to the New York Bar. While having “passed a very credible examination”, he was first denied admission because of his lack of U.S. citizenship due to the Chinese Exclusion Act. A special act of the New York Legislature (N.Y. L.1887 c. 249) allowed his admission despite this bar, and Chang was finally admitted in 1888.

This Saturday, May 17, will mark the 126th anniversary of his admission. As we celebrate Asian Pacific American Heritage Month, we honor the first Asian Pacific American member of the bar in New York, and reportedly anywhere in the United States. We hope that the historical injustice Chang received in California will be corrected. 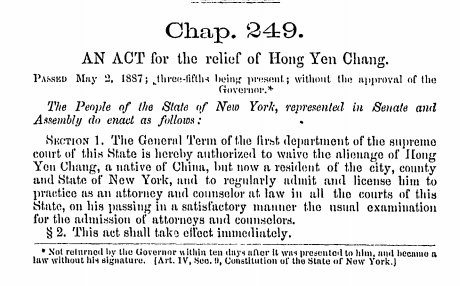