New York City Bar Association – “22 Lewd Chinese Women” Re-enactment Event – Please note: This program is free for AABANY & NYCBA members! Just use your discount code during checkout. If you have any issues using your discount code, …

Did you miss out on our “22 Lewd Chinese Women” presentation for APA Heritage Month on May 21? Fear not! Courtesy of the New York City Bar, we bring you the trial re-enactment in the form of an online CLE. This is free for all AABANY and NYCBA members and is available until September 30, 2014. To receive the discount code, please email Program Associate Simone Nguyen at simone.nguyen@aabany.org. 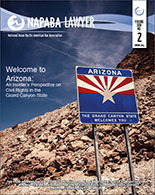 The Spring issue of the NAPABA Lawyer is now available online. Read the newest and past issue here.

NAPABA is currently looking for substantive articles on the legal and/or APA communities for the Fall issue of the NAPABA Lawyer. Please contact NAPABA Communications Manager Azizah Ahmad if you are interested in submitting an article.

SABANY Pro Bono Clearinghouse will be partnering with the Office of the NYC Public Advocate for an upcoming immigration legal clinic.  Without amazing PBC volunteers, we would not have the capacity to reach our community and serve them, so thank you so much.

What: Immigration Legal Clinic for South Asians
When:  August 9, 2014
Time: 12-4pm (can volunteer for 2 hour slots)
Where:  PS 69 located at 77-02 37 Ave. Queens, NY (Near the E,F,M,R, and 7 trains).
Need: Immigration and Criminal Law Attorneys (please let us
know if you speak a South Asian language though not required)

A bit of an overview, the workshop is a session for members of the South Asian community to learn the basics of current immigration laws, available public services, interacting with law enforcement, and understanding their civil rights.  Our attorney volunteers will be giving a quick 10-15 minute consultations over a 4 hour period.  The program will begin with a short overview of the following:

It would be fantastic to have 6-10 attorneys on hand to help.  Please reach out if you are interested in volunteering at sabany.clearinghouse@gmail.com with your name, phone number, practice area and language background.

The Competition was founded in 1993 and is named in honor of the late Honorable Thomas Tang, a respected jurist who was appointed to the U.S. Court of Appeals for the Ninth Circuit in 1977. Judge Tang’s decisions during his more than eighteen years on the Ninth Circuit reflected his strong commitment to civil rights for all people. Judge Tang was known for his kindness and warmth, and the leadership role he played in the Asian Pacific American legal community. Prior to his passing in 1995, Judge Tang provided tremendous support to NAPABA and its activities, including the creation of this national moot court competition.

Use the links below or follow the link in the title

“Amit Mehta has had a distinguished legal career and will serve admirably on the U.S. District Court for the District of Columbia,” said William J. Simonitsch, president of the National Asian Pacific American Bar Association (NAPABA). “I urge the Senate to ensure a speedy confirmation for Mr. Mehta.”

Mehta is currently a partner at the Washington, D.C. office of Zuckerman Spaeder LLP. He is an experienced trial, litigation, and investigations attorney focusing primarily on white-collar criminal defense, complex business disputes, and appellate advocacy. Before joining Zuckerman Spaeder, Mehta was a staff attorney for the Public Defender Service for the District of Columbia. Early in his legal career, Mehta was an associate at Latham & Watkins and clerked for the Honorable Susan Graber of the U.S. Court of Appeals for the Ninth Circuit in Portland, Oregon. Mehta served as Director for Facilitating Youth in Leadership and currently serves as Vice-Chair for the Mid-Atlantic Innocence Project. The National Law Journal, Benchmark Litigation, and Superlawyers have all recognized Mehta for his legal excellence. Mehta graduated from Georgetown University magna cum laude and University of Virginia School of Law order of the coif.

NAPABA commends President Obama for nominating Amit Mehta to the bench and Congresswoman Eleanor Holmes Norton of the District of Columbia for her support of his nomination.

The National Asian Pacific American Bar Association (NAPABA) is the national association of Asian Pacific American (APA) attorneys, judges, law professors, and law students. NAPABA represents the interests of over 40,000 attorneys and approximately 70 national, state, and local bar associations. Its members include solo practitioners, large firm lawyers, corporate counsel, legal services and non-profit attorneys, and lawyers serving at all levels of government. NAPABA engages in legislative and policy advocacy, promotes APA political leadership and political appointments, and builds coalitions within the legal profession and the community at large. NAPABA also serves as a resource for government agencies, members of Congress, and public service organizations about APAs in the legal profession, civil rights, and diversity in the courts.