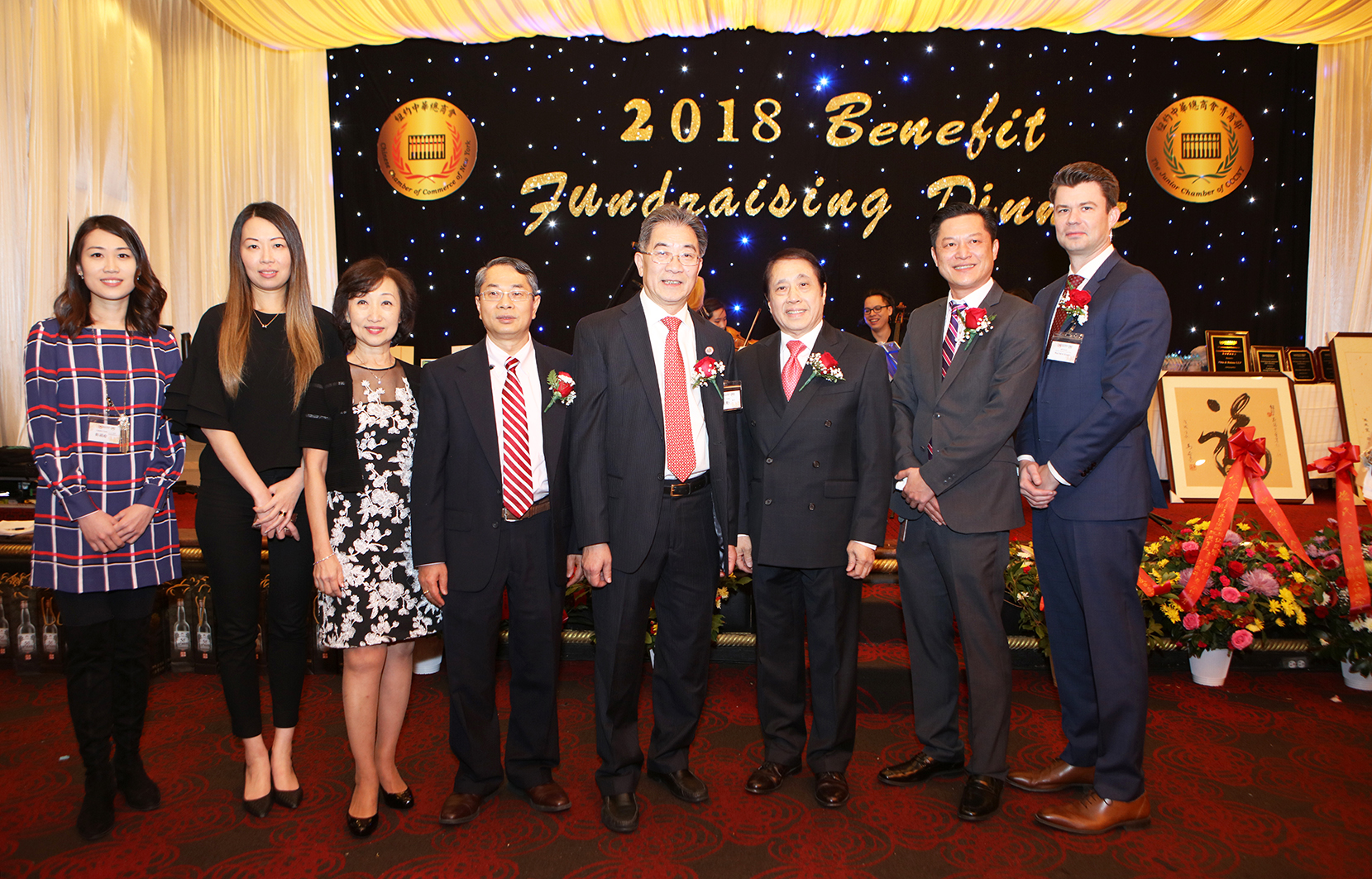 On November 30, 2018, Hon. Peter Tom of the Appellate Division, First Department, was presented with the Distinguished Public Service Award by the Chinese Chamber of Commerce of the City of New York, at the Chamber’s 2018 Benefit Fundraising Dinner held at the Jing Fong restaurant. The event was attended by over 1,000 guests representing Chinatown’s businesses, family associations and community groups.